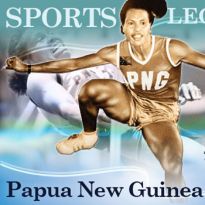 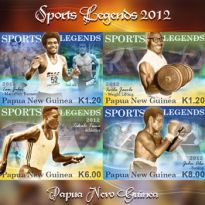 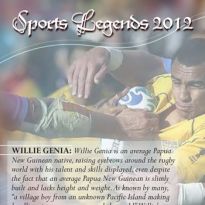 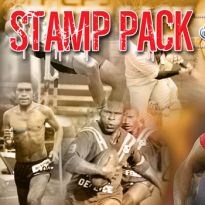 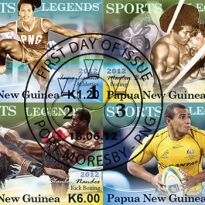 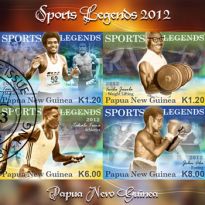 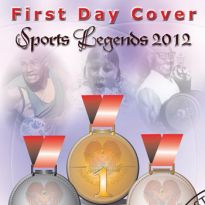 Even before independence, introduced sports were already been accepted as pastime activities in most major centers of Papua New Guinea.

With the involvement of expatriates in the various sporting codes, the national teams in the early days were represented by both locals and expatriates.

Today, Rugby league by far is the most popular sport, claiming its place as the national sport. As methods improved and commitment intensified, more and more interest in the various codes also grew far and wide over the years. Despite the lack of proper facilities (in rural and urban areas), the burning desire to excel has remarkably seen individuals shift boundaries. Records were broken and new ones set. Looking back today, the history is studded with now household names such as Martin Benny (Boxing), Tau John Tokwepota (Long Distance), Iamo Launa (Triathlon), Willie Genia (Rugby Union), Ryan Pini (swimming), Dika Toua (Weightlifting), Stanley Nandex (Kick-Boxing), Geua Tau (L/Bowling) and the list goes on. From a humble beginning, world champions are now made.

With the positive gesture in terms of financial assistance from the government, the prospect of grooming more world champions from both the track and field events is inevitable.

To commemorate the achievements, Post PNG fittingly chose to feature some of these sporting legends on its 6th issue of postage stamps.

IAMO LAUNA (K1.20) - Papua New Guinea’s greatest female athlete and current PNG Sports Foundation Executive Director, Iamo Gapi Launa OBE, MBE, BEM, comes from Kalo village in Central Province. Launa has represented the country thirty three times and has won a total of 47 medals altogether in her sporting career in different sports. She was also the first Pacific athlete to compete in two different sports and made history in the South Pacific games by participating in two different sports and winning two medals in both events. She also holds the South Pacific Games record in hepthalon, Mini Games record in both hepthalon and javelin and the World Masters record in javelin, shot-put, discuss and 200 metres events.

MARTIN BENI (K1.20) - Martin Beni, with a colorful record is Papua New Guinea’s first professional boxer.  Martin comes from the Bereina area in the Central Province, and his achievement has now lured in a lot of good fighters from his area. Martin currently has been appointed as a board member on the PNG Professional Boxing Board of Control (PNGPBBC). Before his appointment, Martin has over the years been quietly working behind the scene. He is now back in the ring, but as an administrator this time.

STANLEY NANDEX (K6.00) - Stanley Nandex at age 13 took up martial arts when many of his friends were turning to crime. After studying several fighting styles he appropriated his skills in kickboxing, found his niche and became known as “The Headhunter”. In a professional career spanning 48 fights, there were 41 victories - 30 of them by knockout. Out of the 48, seven of them were world titles fights which made him a world champion.  Stanley also won four times ‘Knockout of the year’ Awards.

WILLIE GENIA (K8.00) - Willie Genia is an average Papua New Guinean native, raising eyebrows around the rugby world with his talent and skills displayed, even despite the fact that like every other average Papua New Guinean, slimly built, he lacks  height and weight. The known fundamental attributes to an athlete. As known by many, “a village boy from an unknown Pacific Island making headlines in newspapers around the world”. Willie’s achievement certainly is a driving force for the aspiring youths in Papua New Guinea towns and villages. The youngsters too, would want to make it big one day just like Willie.

Acknowledgements:
Post PNG wishes to acknowledge Post Courier for supplying all the black and white photographs, Willie Genia for his initative and supply of pictures and Stanley Nandex for allowing us to use his pictures.