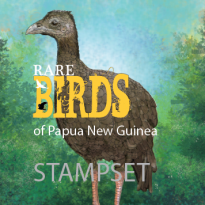 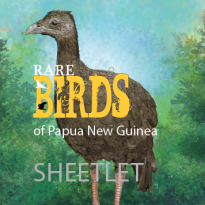 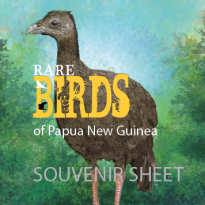 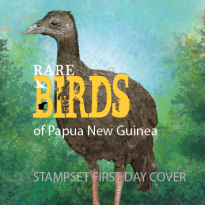 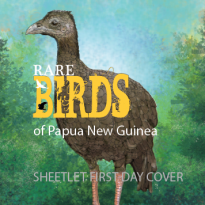 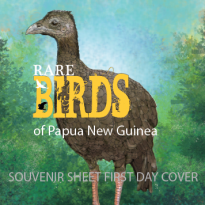 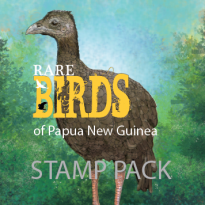 To date, there are over 700 species of birds in Papua New Guinea.

Of these 700 plus species, thirteen were identified as rare birds. Out of the thirteen rare birds, we decided to feature 8 of them in this stamp issue, together with the Jeremy Paul (Dr.) painting, of the Raggiana Birds of Paradise (made available by the custodian, William Schofield of Isle of Man). The souvenir sheet feature the whole image of the painting. The artist, Dr. Jeremy Paul, was the BBC Wildlife Artist of the Year 2012.  Apart from the birds of paradise, all the other eight rare birds featured were illustrated by John Billy Telek, a Graphic Artist with the Post PNG Philatelic Bureau.

A bird species endemic to the island of New Britain, however, the continuous deforestation of the rain forest and the increasing population growth there is now a threat to their natural habitat, as it gradually depletes their food source. Despite their rarity, continued destruction will certainly make them endemic, and eventually become vulnerable, and possibly face extinction.

Post PNG, in its continued efforts to preserve our flora & fauna, has opted to document the existence of these special species by featuring some of them in its Rare Birds stamp issue for future generation to witness.