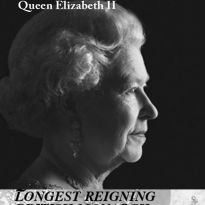 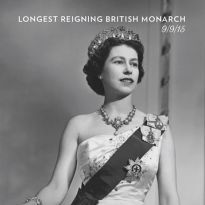 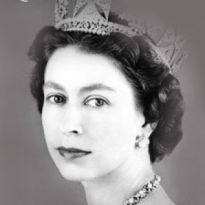 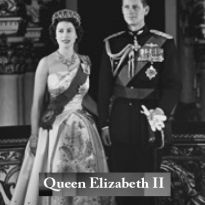 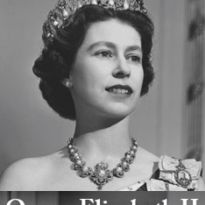 Upon her accession on 6 February 1952, Elizabeth became Head of the Commonwealth and queen regnant of seven independent Commonwealth countries: the United Kingdom, Canada, Australia, New Zealand, South Africa, Pakistan, and Ceylon. Her coronation service the following year was the first to be televised. From 1956 to 1992, the number of her realms varied as territories gained independence and some realms became republics.
Today, in addition to the first four of the aforementioned countries, Elizabeth is Queen of Jamaica, Barbados, the Bahamas, Grenada, Papua New Guinea, Solomon Islands, Tuvalu, Saint Lucia, Saint Vincent and the Grenadines, Belize, Antigua and Barbuda, and Saint Kitts and Nevis. She is the world’s oldest reigning monarch as well as Britain’s longest-lived. In September 2015, she will become the longest-reigning British head of state and the longest-reigning female monarch in history, surpassing Queen Victoria.
Elizabeth was born in London as the eldest daughter of the Duke and Duchess of York, later King George VI and Queen Elizabeth, and educated privately at home. Her father acceded to the throne on the abdication of his brother Edward VIII in 1936, from which time she was the heir presumptive. She began to undertake public duties during the Second World War, in which she served in the Auxiliary Territorial Service. In 1947, she married Philip, Duke of Edinburgh, with whom she has four children: Charles, Anne, Andrew, and Edward.
Elizabeth’s many historic visits and meetings include a state visit to the Republic of Ireland, the first state visit of an Irish president to the United Kingdom, and reciprocal visits to and from the Pope. She has seen major constitutional changes, such as devolution in the United Kingdom, Canadian patriation, and the decolonisation of Africa. She has also reigned through various wars and conflicts involving many of her realms.
Times of personal significance have included the births and marriages of her children and grandchildren, the investiture of the Prince of Wales, and the celebration of milestones such as her Silver, Golden, and Diamond Jubilees in 1977, 2002, and 2012, respectively. Moments of sorrow for her include the death of her father aged 56, the assassination of Prince Philip’s uncle Lord Mountbatten, the breakdown of her children’s marriages in 1992 (her annus horribilis), the death in 1997 of her son’s former wife Diana, Princess of Wales, and the deaths of her mother and sister in 2002. Elizabeth has occasionally faced republican sentiments and severe press criticism of the royal family, but support for the monarchy and her personal popularity remain high.
Post PNG Ltd, as mandated postal administrator of Papua New Guinea, joined rest of the world in celebrating her majesty‘s achievement as the longest-reigning British head of state and the longest-reigning female monarch in history by releasing this set of stamps to commemorate the event.