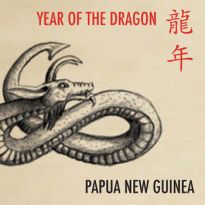 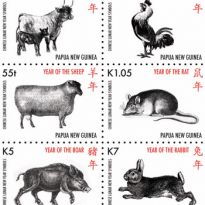 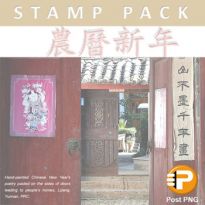 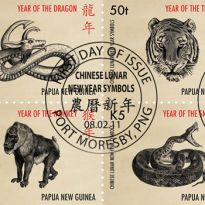 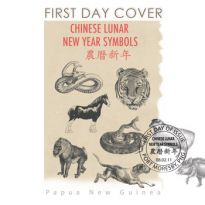 It is said that people born in each year have a similar personality to the animal represented. The Lunar New Year is celebrated not only in Asia but in countries worldwide.

These stamps are sure to be popular among collectors and dealers worldwide. With the cordial belateral relation that Papua New Guinea and China continue to enjoy over the years, the Philatelic Bureau of Post PNG views it as an obligatory gesture to feature the Lunar New Year Symbols in it’s 2nd issue of Postage Stamps this year (2011).