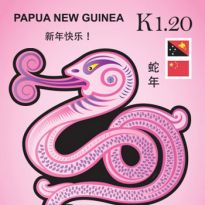 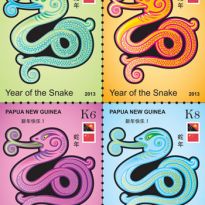 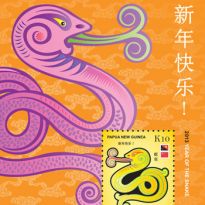 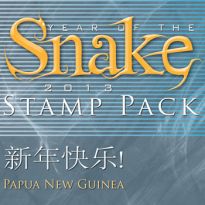 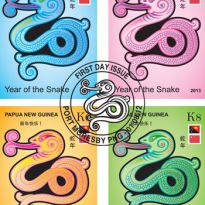 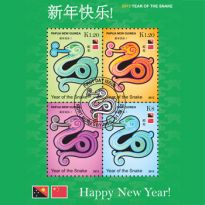 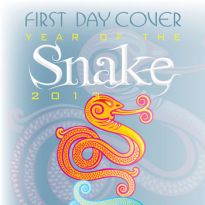 Ancient Chinese wisdom says a Snake in the house is a good omen because it means your family will not starve.

This could be taken metaphorically to mean that a Snake could never have a problem with his family starving because he is such a great mediator, making him good at business.

Snake Years are sixth in the lunar cycle, following the Dragon Years, and recur every twelfth year.

The Chinese New Year does not fall on a specific date, so it is essential to check the calendar to find the exact date on which each Snake Year actually begins. The Chinese Lunar New Year is the most important of the traditional Chinese holidays with each of the twelve years being represented by a different animal.

With the cordial bilateral relations that Papua New Guinea and China continue to enjoy over the years, the Philatelic Bureau of Post PNG views it as an obligatory gesture to feature the Lunar New Year of the Snake in 2013 in its 9th issue of Postage Stamps for the year 2012.