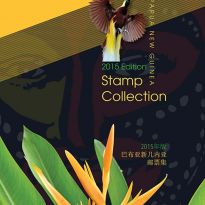 The 2015 Annual Stamp Collection Album is translated into Chinese (Mandarin), following the success of the 2014 issue and contains all the postage stamps, sheetlets and souvenir sheets released in the year: