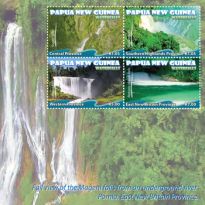 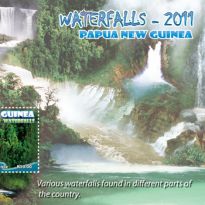 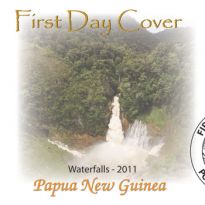 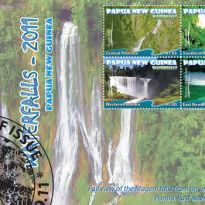 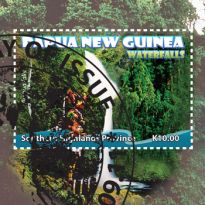 Without any further clue, just “Misty Mountains and Rugged Terrains” would no doubt easily give away Papua New Guinea to anyone who’s been here (Papua New Guinea) before.

Like the humpy ridges of a hatched back turtle shell, the mainland Papua New Guinea is densely populated with ruggedly studded mountains from the west, to the border with Indonesia, and all the way down to the Eastern Cape, along the Owen Stanley Range.

The many fast flowing rivers and creeks known today are evident to the steep falls and slopes rapidly dropping to the coastlines.Waterfalls, both high and low are common sights nearly in every province in Papua New Guinea. In fact, the beauty of the cascades and the tranquility of the cool pools of water at the foot of the falls, have a mesmerising effect that can easily sweep one off to a dream world. To the religious, Psalms 23:2 would vividly come into mind where King David describes the harbour of God being equal to quiet pools of fresh water.

Among other attributing qualities to the natural beauty of this land, waterfalls are a must content of Papua New Guinea’s cosmetic bag. They too are the reasons as to why tourists keep coming. As more and more people come to appreciate their beauty, the Post PNG Philatelic Bureau has decided to feature them on postage stamps to attest to the outside world. The stamp issue will be the 12th for the year 2011.

Selected Waterfalls that were featured on the postage stamps are shown below.

Background image: Sheetlet on full view of the Mageni waterfall from an underground river in the background.

Background image - Various waterfalls are located in different parts of Papua New Guinea. The famous one is the Beaver Falls located in Southern Highlands. The other waterfall also found there is the Ambua waterfall and it is featured on the Souvenir sheet.