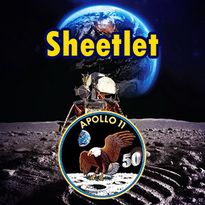 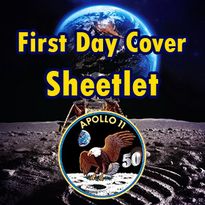 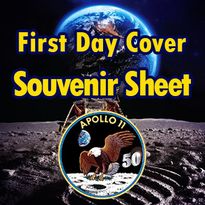 Joining hands with the rest of mankind on earth, Papua New Guinea has released these stamp issue in commemoration of the important milestone, fifty years ago of the first human to set foot on the lunar surface. Appreciating technology and invention as well, it is also important to note that on July 16th, 1969 Apollo 11 was launched from Cape Kennedy Space Centre, carrying Commander Neil Armstrong, Command Module Pilot Michael Collins and Lunar Module Pilot Edwin “Buzz” Aldrin into an initial Earth-orbit of 114 by 116 miles. An estimated 650 million people watched Armstrong’s televised image and heard his voice describe the event as he took “...one small step for a man, one giant leap for mankind”. In the decades after it took place, widespread celebrations have been held to celebrate its anniversaries.

The Apollo 11 crew, who had not appeared publicly since the 5th anniversary, participated in ceremonies in Washington D.C. on July 20, 1979. On the 20th anniversary in 1989, President George H.W. Bush announced plans to return to the Moon and then to Mars, known as the Space Exploration Initiative (SEI).

The USPS released a stamp designed by Chris Calle, son of Paul Calle, the artist that designed the Apollo 11 stamp issued in 1969. The $2.40 priority mail stamp depicts two astronauts planting a flag on the Moon. Living people cannot be featured on US stamps, but the faces of the astronauts are obscured by their visors. It was released July 20 at the Smithsonian Air and Space Museum in Washington D.C. The Papua New Guinea version of the stamps can be found on Post PNG’s website www.postpng.com.pg