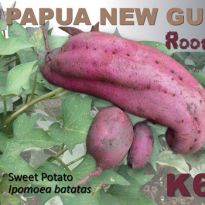 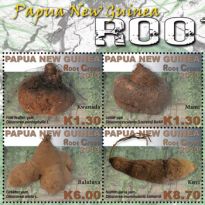 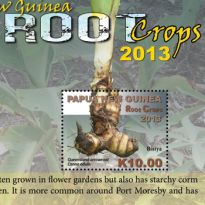 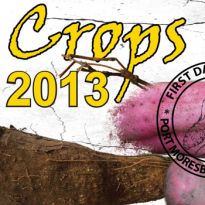 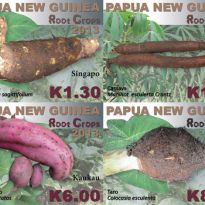 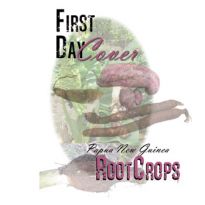 Root crops in this issue are referred to plants with tubers that yield underground and are edible to most Papua New Guineans.

Despite been introduced to western foods, the mass of the population rely heavily on root crops such as yams, taro, cassava and sweet potatoes to survive.

The recently introduced English potato (Solanum tuberosum) though, is another root crop that is rapidly gaining popularity along other local crops.

Root crops are commonly found in most local markets in Papua New Guinea. Depending on the climate and suitability of soil for cultivation, where these crops are abundantly found, they become common food to the habitants. To have a surplus of any one kind (root crop) is a symbol of wealth. As high regard as that of yams by the Trobriand Islanders, same is accorded for taro, cassava and sweet potato by others.

Yams, when harvested, are stored away in yam houses for as long as 6 months. The other crops, though are just as valuable, however, are not suitable for preservation for longer period of time. Most go stale one week after harvest.

Root crops can be cooked over a fire, boiled, steamed or dried. Some can either be eaten boiled or raw, depending on how, one wants to enjoy them. Featured in this issue are some of the root crops that are found in Papua New Guinea.