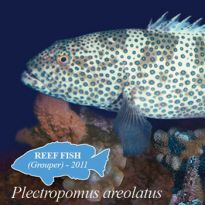 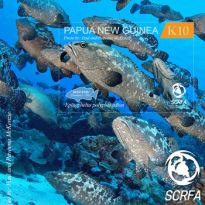 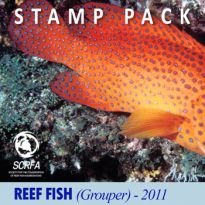 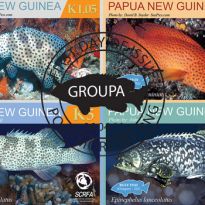 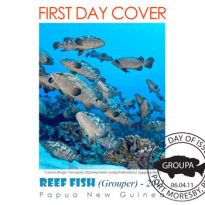 Groupers are one of the most highly regarded groups of reef fish species, valued for daily food needs and in the luxury restaurant trade. They are also eagerly sought after by divers and underwater photographers.

Globally there are 162 species in the grouper family, almost one third of which occur in PNG.

The largest reef fish in the world is the giant grouper, reaching over 2 metres in length. Its smallest grouper cousin grows to just 20 cm. Both species are found in Papua New Guinea.

A significant aspect of the lives of many groupers is a specialized reproductive behaviour which involves the formation of ‘spawning aggregations’. Many larger groupers spawn (reproduce) for just a short time each year in these large groups, or ‘aggregations’. These groups are made up of tens to tens of thousands of fish and form predictably at the same times and places each year.

The eggs and young produced by spawning aggregations replenish fish populations and support fisheries. Once discovered, however, the spawning aggregations are easy to find again and often attract heavy fishing pressure which threatens the long-term survival of grouper populations. Twelve percent of all groupers are considered to be ‘THREATENED’ with extinction unless action is taken to manage them according to the Red List of the International Union for Conservation of Nature (www.iucnredlist.org). Much of the threat comes from heavy and unmanaged fishing on their spawning aggregations.

The Society for the Conservation of Reef Fish Aggregations (SCRFA) promotes and facilitates the conservation and management of reef fish spawning aggregations by building a strong scientific, social and economic basis for their management (www.SCRFA.org). SCRFA works in many parts of the tropics to encourage the sustainable management of grouper spawning aggregations so that they not only feed fishing communities today, but will continue to do so long into the future.

As a gesture of partnership in the effort to save the species, the Post PNG Philatelic Bureau decided to release this issue of postage stamps, using some of the species as features.