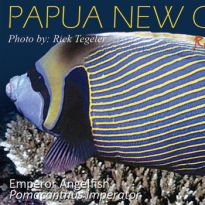 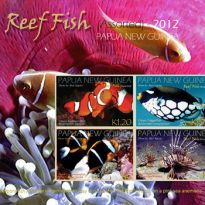 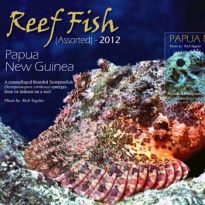 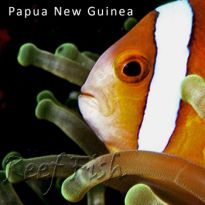 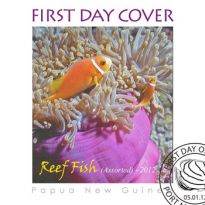 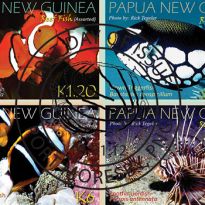 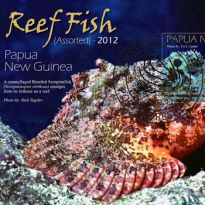 Papua New Guinea is at the heart of what's known as the 'Coral Triangle', a semi-triangular geographical region that includes the tropical waters of Indonesia, Malaysia, Timor-Leste, the Solomon Islands, the Philippine Islands and PNG, incorporating an area of almost 6 million square kilometres of ocean.

This unique and fascinating oceanic environment is a zone of complex ecosystems and is the global centre of biodiversity harbouring more species than any marine environment on the planet. Not only does the Coral Triangle have the highest diversity of coral anywhere in the world... over 600 species, embracing over 75% of the world's known total, it also boasts the highest assortment of reef fish as well... over 2,200 species, comprising over 50% of all coral reef fishes in the entire Indo-Pacific region and over one third of all known world wide. PNG is right in the middle with a reef fish species count of well over 2,100. The reasons for this extraordinary congregation of undersea life are as vast and as varied as the range of habitats within PNG, and perhaps might be the impetus for another stamp issue in the future. The bountiful diversity of life in Papua New Guinea's reefs is as remarkable as it is breathtaking. To try and create a small, but representative sampling of reef fish found in the waters of PNG is a nearly impossible undertaking for there are so many beautiful, unusual and iridescent specimens from which to choose. Suffice it to say, the creation of this publication involved some very difficult decisions given the array of choices available from PNG's amazing reef dwellers.

Diving since 1959, I have logged in excess of 10,000 dives world wide to date. I began diving PNG in 1990 and have returned over and over again, drawn by its incredible, pristine underwater beauty and the prolific culture of the country on the surface. After well over 1,000 hours underwater exploring and photographing PNG's amazing reefs and coral reef creatures, without doubt, of all the places I have visited around the world in the band of Tropics, Papua New Guinea boasts the 'best of the best' in world class diving opportunities. On numerous of my many PNG diving adventures, I have attempted to count the different species of reef fish I encountered just to have an idea of the abundance I was experiencing.

These 'fish count' dives lasted sometimes over an hour with a maximum depth to approximately 35 metres. On all these dives, in very different geographical locations (from Kimbe Bay to Milne Bay; from the Bismarck Sea to the Coral Sea; from Madang to Rabaul; from Kavieng to Alotah to Port Moresby), my 'creature count' exceeded 200 species... in each case... on one dive, in one hour! Nowhere else in the world have I experienced such munificence of marine diversity.

I founded PHOTODIVE INTERNATIONAL (www.photodive.ca) well over 25 years ago with the goal of creating a diving oriented, educational organization. Its ongoing primary directive is the creation of an extensive library of underwater images for use in conjunction with articles, public awareness presentations, the promotion of eco-tourism and the development of definitive publications, all dedicated to the preservation of ocean and coastal ecosystems and environments around the world. Papua New Guinea's underwater biodiversity, and that of the Coral Triangle are currently at a critical fail/safe point.

These crucial marine environments are being threatened by a number of pressing issues: destructive and/or unsustainable fishing; poor marine management; local disregard for the future of marine fish stocks; pollution from growing urban areas and irresponsible coastal logging; corruption of elected officials and the lack of political will... to name but a few. It is my hope that, through the collaboration of organizations such as POST PNG and PHOTOTDIVE INTERNATIONAL with enlightening productions like this stamp issue, we can create an effective, cohesive awareness in country and worldwide to mitigate these pressing problems. From awareness, comes understanding and with understanding (hopefully) safeguards can be developed that might guarantee the future of these critical marine ecosystems with which PNG is so amply blessed... borne witness to by these stunning coral reef fish presented in this issue. I am honoured to have been included in this important, ongoing campaign.

Rick Tegeler
Diving since 1959, Rick is an award winning, internationally known photojournalist living in British Columbia, Canada. For the past thirty years he has dived, photographed, written about, and traveled extensively in the band of Tropics around the world, amassing a stock library of over 50,000 images.