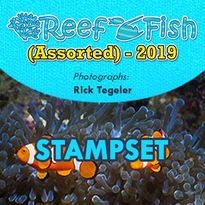 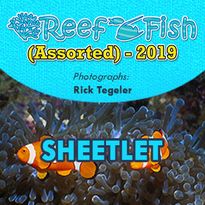 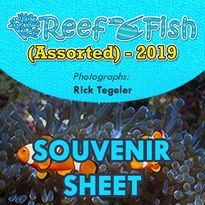 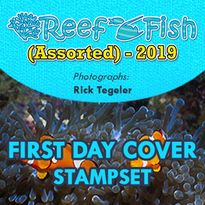 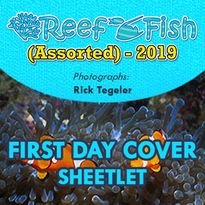 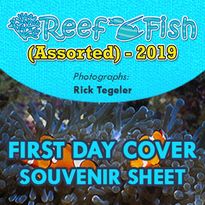 “After enjoying nearly sixty years and well over 10,000 dives exploring and photographing our world underwater in the band of Tropics around the world, I am often asked: ‘What is your most favourite dive or best dive location?’.  I always respond that every location and every dive is different and each and every one has something special and/or unique.  However, if I could only return to one area to dive... the waters of Papua New Guinea”  By Rick Tegeler  - PhD CEO/Founder PHOTODIVE INTERNATIONAL.

This interesting fish is widespread in the Indo-Pacific as far west as east Africa commonly found in rubble or sand near coral heads.  Lizardfish are experts at camouflage... they lie in wait for their prey lying on top of the sand or buried with just their heads showing. Their jaws have one or more lines of needle-like teeth. Madang.

Rhinopias is a genus of scorpionfish native to the Indian and Pacific oceans. Like other scorpionfish, Rhinopias species are highly camouflaged in order to blend in with their surroundings and they do so very effectively.  Highly sought after subjects by underwater photographers they are difficult to find. Rhinopias are rarely collected for the aquarium trade but, when they are sold, they cost “big bucks” Like other scorpionfish they wait camouflaged into their surrounding for their prey to approach, then they open the mouth very wide and suck the prey in. They are mostly hunt small fish and invertebrates at night. Loloata Island, Port Moresby.

The Sweetlips are a family of fish easily identified by their big, fleshy lips. The family is a large one with 120 species found around the world in tropical and temperate seas.  Juvenile sweetlips generally look quite different from the adults, and often live solitary lives on shallower reef sections. This species of sweetlips is native to the western  Pacific and Indian Oceans displaying a striking contrast of black, white, yellow and sometimes red. As the fish develops, these patterns and colors will change into the horizontal black and white striped body of the adult. Watom Island, WNB.

These pink-orange, almond-shaped fish get their name from the colour of anemone they usually inhabit. Around the world, there are around 30 different species of anemonefish so far identified.  These small fish have a signature white line down their backs from nose to tail and a white stripe separating head and body. They acclimate themselves to the stinging tentacles of a specific anemone which becomes their home, usually with a small group consisting of a large female, a smaller breeding male, and sometimes a few non-breeding males. When the female dies, the largest male becomes a female and the males move up the hierarchy. Kavieng.

Made overwhelmingly famous by the Disney movie: Finding Nemo.  One of the some thirty species anemonefish which are native to the warmer waters of the Indian and Pacific Oceans. They are also found in the Red Sea,  northwest Australia, Southeast Asia, Japan and the Indo-Malaysian region. While most species have restricted distributions, others are widespread.  Anemonefish live at the bottom of shallow seas in sheltered reefs or in shallow lagoons.  This species is the False Percula Clownfish which is nearly identical to the True Percula Clownfish... it is very difficult to distinguish between the two.  All species live in symbiosis with anemones. The common clownfish is one of the most iconic coral reef species. Like all anemonefish, common clownfish live within the tentacles of a variety of venomous anemones. Mucous covers each individual’s body and protects the fish from the anemone’s stinging cells that it uses to kill other fishes to eat. This relationship provides the common clownfish with some protection from predation by other fishes, and in return, the common clownfish removes parasites and chases away species they may try to eat its host anemone.  Walindi, ENB.

The lionfish, a longstanding showstopper in home aquariums.  Commonly known as lionfish and native to the Indo-Pacific... it is also called zebrafish, firefish, turkeyfish or butterfly-cod.  Adults are characterized by conspicuous warning colourization with red, white, creamy, or black bands, showy pectoral fins, and venomous spiky, fin rays.  Lionfish have no known predators and reproduce all year long... a mature female releases roughly two million eggs a year.  The venom of the lionfish, delivered via an array of up to 18 needle-like dorsal fins, is purely defensive. It relies on camouflage and lightning-fast reflexes to capture prey, mainly fish and shrimp. A sting from a lionfish is extremely painful to humans and can cause nausea and breathing difficulties, but is rarely fatal. Tufi, Milne Bay.

Parrotfishes are a group of marine species found in relatively shallow tropical and subtropical oceans around the world. With about 95 species, this group displays its largest species richness in the Indo-Pacific.  Its diet, which consists primarily of algae extracted from chunks of coral ripped from a reef. The coral is pulverized with grinding teeth in the fishes’ throats in order to get to the algae-filled polyps inside. Much of the sand in the parrotfish’s range is actually the ground-up, undigested coral they excrete. Restorf Island, ENB.

The coral trout, leopard coral grouper, or leopard coral trout is a species of fish in the Serranidae family. Native to the western Pacific Ocean, its natural habitat includes open seas and coral reefs. Coral trout move around considerably within a single reef, though often no further than 500 m (1,600 ft) from it. Movement between neighbouring reefs does not occur to a large extent.  Much of this movement may be the result of fish moving towards or away from spawning sites. Coral trout are the favourite target fish for all sectors of the fishery because they are a good food fish and command high market prices locally and overseas. Restorf Island, ENB

Valentin’s sharpnose pufferfish, also known as the saddled puffer or black saddled toby. The saddled puffer is a small sized fish which grows up to 11 cm. It is widely distributed throughout the tropical and sub-tropical waters of the islands of the Pacific Ocean. Indian Ocean and Red Sea.  They are often seen swimming fairly close to cover and will dart into a hiding place or swim off at an angle from a person when approached. Once in the hiding spot they will usually turn and watch the diver, waiting for him to swim off. The majority of pufferfish species are toxic and some are among the most poisonous vertebrates  in the world. In certain species, the internal organs, such as liver, and sometimes their skin, contain a bacteria and are highly toxic to most animals. Walindi, ENB.