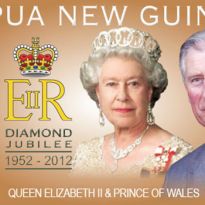 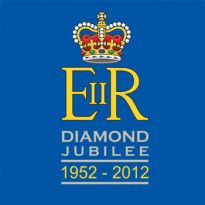 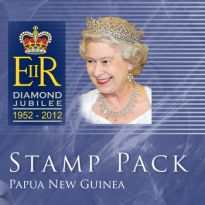 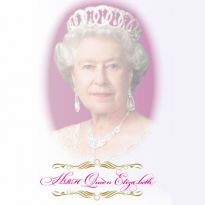 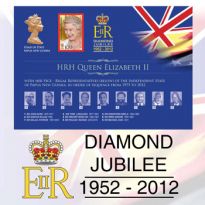 The year 2012 will go down in history making the Diamond Jubilee of Queen Elizabeth II, her reign of 60 years as the second longest for a British monarch; only Queen victoria has reign longer.

The Diamond Jubilee of the Queen is the international celebration throughout 2012 marking 60th anniversary of her accession to the thrones of seven countries upon the death of her father, King George VI, on 6 February 1952.

She is today queen regnant of 16 sovereign states, 12 of which were British colonies or Dominions at the start of her reign.  Queen Elizabeth’s Silver and Golden jubilees were celebrated in 1977 and 2002.

Born in London, she and her sister, Margaret Rose were educated privately at home by tutors. Her father acceded to the throne as George VI in 1936 on the abdication of his brother Edward VIII.

SOUVENIR SHEET
K10.00 - with her Vice - Regal Representatives (below) of the Independent State of Papua New Guinea, in order of sequence from 1975 to 2012.