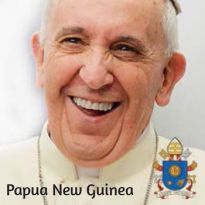 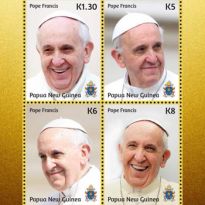 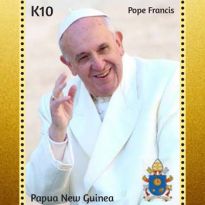 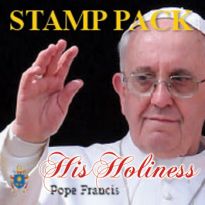 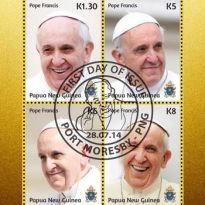 His Holiness Pope Francis - Jorge Mario Bergoglio (17 December 1936) is the pope of the Catholic Church, in which capacity he is Bishop of Rome and absolute Sovereign of the Vatican City State.

Born in Buenos Aires, Argentina, Bergoglio worked briefly as a chemical technician and nightclub bouncer before beginning seminary studies. He was ordained a Catholic priest in 1969, and from 1973 to 1979 was Argentina's Provincial Superior of the Society of Jesus. He became the Archbishop of Buenos Aires in 1998, and was created a cardinal in 2001 by Pope John Paul II.
Following the resignation of Pope Benedict XVI on 28 February 2013, a papal conclave elected Bergoglio as his successor on 13 March. He chose Francis as his papal name in honor of Saint Francis of Assisi. Francis is the first Jesuit Pope, the first Pope from the Americas, the first Pope from the Southern Hemisphere and the first non-European Pope since Pope Gregory III in 741, 1,272 years earlier.

Throughout his public life, both as an individual and as a religious leader, Pope Francis has been noted for his humility, his concern for the poor, and his commitment to dialogue as a way to build bridges between people of all backgrounds, beliefs, and faiths. He is known for having a simpler and less formal approach to the papacy, most notably by choosing to reside in the Domus Sanctae Marthae guesthouse rather than the papal apartments of the Apostolic Palace used by his predecessors. In addition, due to both his Jesuit and Ignatian aesthetic, he is known for favoring simpler vestments void of ornamentation, by starting to refuse the traditional papal mozzetta cape upon his election, choosing silver instead of gold for his piscatory ring, and keeping the same pectoral cross he had when he was cardinal.

The Pontiff has affirmed Catholic doctrine on abortion, artificial contraception, and homosexuality. Whilst maintaining the Church's teaching against homosexual acts, he has said that gay people should not be marginalized. As a cardinal, he opposed same-sex marriage in Argentina. In addition, he maintains that he is a "Son of the Church" regarding loyalty to Church doctrine, and has spoken against abortion as "horrific", suggested that women be valued, not clericalized. Summarily, Pope Francis reiterates that "It is absurd to say you follow Jesus Christ, but reject the Church."

Accordingly, he urged Bishop Charles J. Scicluna of Malta to speak out against adoption by same-sex couples, maintained that divorced and re-married Catholics may not receive the Eucharist, and excommunicated a former Catholic priest for Eucharistic sacrilege and heretical views.

Furthermore, he emphasized the Christian obligation to assist the poor and the needy in an optimistic tone, as well as promoting peace negotiations and interfaith dialogue. Pope Francis has also announced a zero-tolerance policy towards sex abuse in the Church, saying that sex abuse was "as bad as performing a satanic mass.