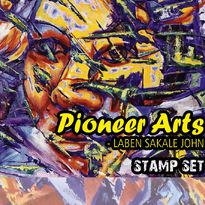 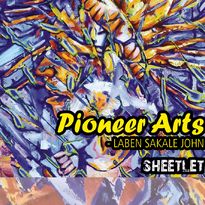 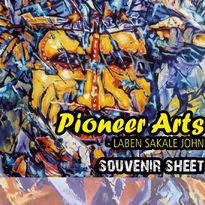 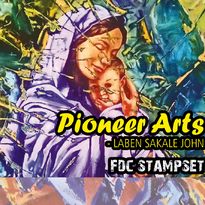 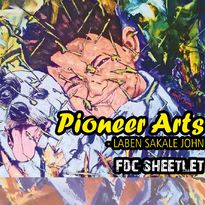 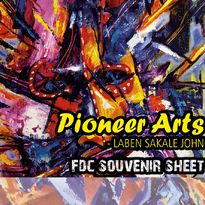 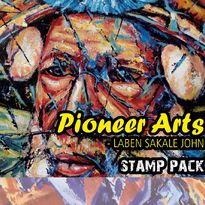 Laben Sakale John, from Menyamya in the Morobe Province of Papua New Guinea, is a fulltime self-employed artist, who is passionate to capture every day challenges and life in the city through his artwork and paintings. He employs creative imagination using everyday objects with the magic of his hands, eyes and skills.

Laben Sakale John is one of Papua New Guinea’s international re-known Artist who has travelled and exhibited in many countries around the world including Germany, America, New Zealand and Australia.

He graduated from the Creative Arts Faculty, University of Papua New Guinea in 1997, with a Diploma in Fine Arts, and has been doing fultime painting since. He has participated in many major domestic art shows in the country and also abroad. Many of his works can be found in many private collections in Europe, Asia, America, Australia and New Zealand, and in the Denver Art Museum and Hood Museum in America. The Australian National Museum has some of his work in their collections and some in Her Majesty, Queen Elizabeth’s private collection in Buckingham Palace, and the Art Department at the World Bank Headquarters in Washington DC.

Laben enjoys creating art, the driving factor in all his work and his love for what he loves doing every day. ‘If it was for monetary value alone, I would have given up painting ages ago and do something different now,’ he said.

Laben’s work (paintings) are done using palette knives, kitchen knife, butter knife, broken glasses and his fingers. The materials used are everyday things he is more used to in his life. Living in Port Moresby has given him the challenge to be different, even by living on the edge of a knife. What you see here are some of his work he has created trying to find a way out of modern city with its own problems.