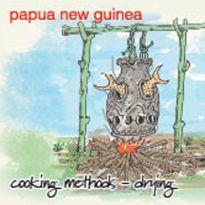 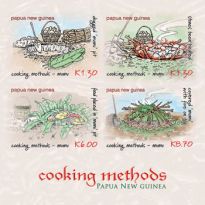 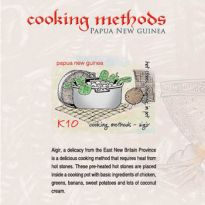 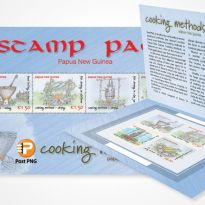 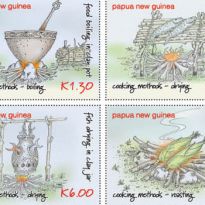 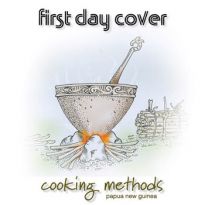 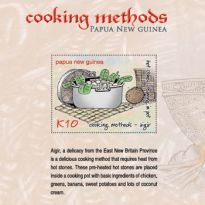 Post PNG, in its effort to continually promote traditional methods, has released another stamp issue featuring cooking methods in Papua New Guinea. Cooking Methods, as featured are just a few of the many used. Their applications vary from area to area.

In rural Papua New Guinea, majority in the very remote areas prefer the traditional methods to cook their food. Most cook over an open fire.

Food is either wrapped in leaves or placed directly into the fire. In some areas the food is cooked in clay pots or green bamboo placed in the fire.