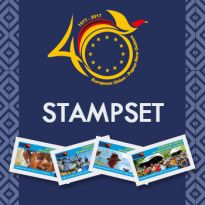 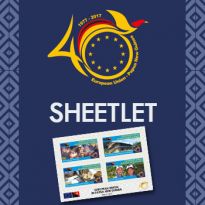 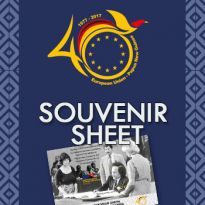 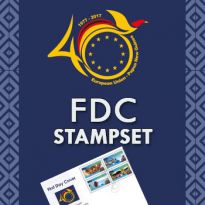 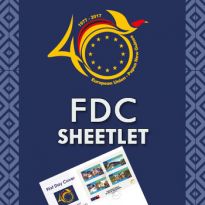 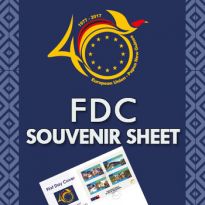 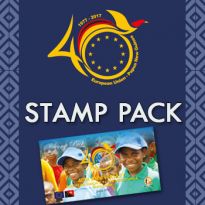 Post PNG as the mandated body overseeing the production and distribution of stamps in Papua New Guinea and abroad through its Philatelic Department has released a set of stamps commemorating the 40th Anniversary of the European Union and Papua New Guinea’s partnership under the theme 'Working Together, Wokbung Wantaim, Gaukara Hebou'.

The European Union has been represented in Papua New Guinea since 1977. The following year, Papua New Guinea became a full partner in all EU-ACP Conventions. This partnership was further strengthened with the entering into force of the Cotonou Agreement, which is the current framework for the EU relations with the 79 African, Carribbean and Pacific (ACP) countries (signed in 2000 for a period of 20 years). It is centred on the objective of reducing and eventually eradicating poverty consistent with the objectives of sustainable development and the gradual integration of the ACP countries into the world economy.

The main instrument under the Cotonou Agreement for providing EU assistance for development cooperation is the European Development Fund (EDF). The EU-PNG partnership and cooperation over 40 years is portrayed in the following stampset which focus on some of the EU's contribution to PNG's development efforts under the EDF, in beneficiary sectors, such as, governance civil society and human rights, human resource development, trade and water supply and sanitation.

A child in rural Papua New Guinea enjoys access to clean water as recipient to the EU funded Rural Water Supply & Sanitation Programme (RWSSP) which aimed to improve sustainable water supplies and sanitation facilities to rural communities with an inclusive approach of community ownership and responsibility.

The Technical Team for the RWSSP, tow water tanks to their destination in the remote islands of Papua New Guinea, with an aim to improve sustainable water supplies and sanitation facilities to rural communities.

Nature conservation group Tenkile Conservation Programme, in the Torricelli Mountains was the recipient of an EU grant that supported 40 villages involved in the conservation of an endangered tree kangaroo species, to install much needed water tanks for access to rainwater. Local villagers helped transport the materials needed to install the 243 water tanks in their villages.

European Union continues to support children's rights in Papua New Guinea through ongoing cooperation in education and health as well as working with partner organisations to deliver support to the training of judiciary and law enforcement officers and human rights defenders to protect and promote children's rights.

A shortage of primary school teachers and facilities continue to be a problem, and many schools lack qualified teachers, especially in remote communities. EU support to the Human Resources Development Programme (HRDP), aimed to enhance the quality of primary education through capacity building to teacher training colleges and the development of much needed infrastructure.

Funded by the EU together with the Austrian Development Cooperation, the project 'Improvement of Quality of Life through Access to Education for Children with Hearing Impairment' aimed to provide sustainable support for the hearing impaired at the local level. Braille materials were also prepared to help children who are deaf-blind or have significant sight and hearing loss.

K13 - Signing of the Lome Convention by Frederick Bernard Carl Reiher, Head of the Mission of Papua New Guinea to the European Community on 31 October, 1979.

The Post PNG Philatelic Bureau wishes to thank the following for making this issue a success:

National Fisheries Authority for its assistance with photo supplied of the K1.60 stamp.

Simon Le Grand for his assistance with photo supplied of the K3.35 stamp.