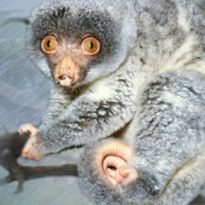 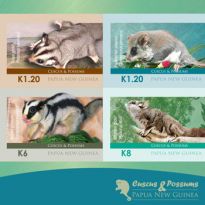 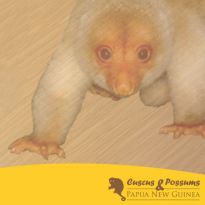 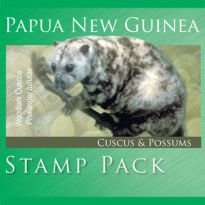 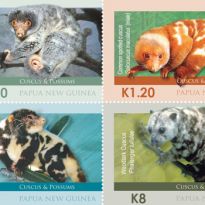 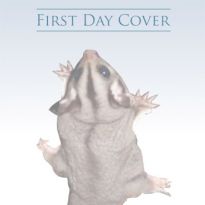 Post PNG, in its effort to continually promote our Flora and Fauna, will this year be releasing yet another stamp set featuring the Cuscus and Possums of Papua New Guinea.

These nocturnal tree-dwellers have opposable toes and fingers like a monkey which help them to keep hold of slippery branches. It can also use its long, prehensile tail to keep its balance. The cuscus is actually a member of the opossum family and ranges in length from about one to two feet while the Pygmy possums (Cercartetus) is the smallest, 10cm tall to the brushtail possum (Trichosurus) which reach up to more than a meter in height.  There is a variety of cuscus found in Papua New Guinea. The spotted cuscus (Spilocuscus maculatus), also found in Australia and the nearby smaller islands and the gray cuscus (Phalanger orientalis), a native to the Northern and Eastern parts of Papua New Guinea.

These are not endangered. The large, splashycoated black-spotted cuscus (Spilocuscus rufoniger) is among the largest members of the family, only being surpassed by the bear cuscus (Ailurops ursinus).

It is relatively a colorful species with whitish or yellowish underparts, rich rufous crown and limbs, and is found in forest at altitudes of up to 1200 meters above sea level in the Northern part of Papua New Guinea.

Cuscuses generally eat fruits and leaves, but will snack on eggs and small mammals if it can get them. Though, since the cuscus’s low metabolism and body temperature, they’re slow like a sloth and rarely catch other animals. The cuscus’s main predators are pythons and birds of prey.

Possums are small marsupials with brown or grey fur, ranging in size and weight from the length of a finger or 170 grams (pygmy possums and wrist-winged gliders) to the length of 120 cm or 14.5 kilos (brushtails and ringtails). All possums are nocturnal and omnivorous, hiding in a nest in a hollow tree during the day and coming out during the night to forage for food.

The two most common species of possums, the Common Brushtail (Trichosurus) and Common Ringtail (Pseudocheirus peregrines) are also among the largest. In general, the possum is roughly the same size and weight of a domestic cat. The bottom of their tales are furless, rough and scaly so as to have a better grip.