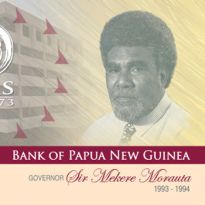 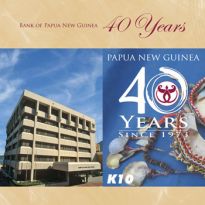 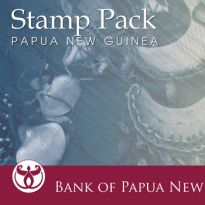 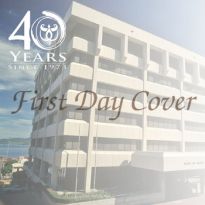 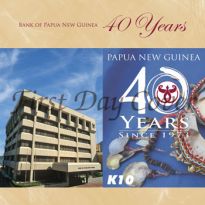 Mr. John Vulupindi – K1.30
Mr. John Vulupindi, from the West New Britain province, was the fourth Governor and served from 09 April 1998 to 29 July 1998. He was previously a Secretary for the Department of Corporate Affairs and Planning. He also entered Parliament as a politician in the ensuing years after his term as Governor.

Mr. Morea Vele – K8.00
Mr. Morea Vele, from the Central province, was the fifth Governor and served in the office between 29 July 1998 and 05 August 1999. He was previously a Secretary for the Department of Treasury and Corporate Affairs. He also served as a staff in PNG’s foreign missions.

Sir Wilson Kamit – K8.00
Sir Wilson, from the Northern province, was the sixth Governor, serving between 05 August 1999 and 08 December 2009. He was a career central banker who progressed up to Deputy Governor for Operations. He has a Bachelor Degree in Economics from the University of PNG. Sir Wilson oversaw the introduction of the new Central Banking Act and Banks & Financial Institutions Act of 2000 that gave greater independence to BPNG with a more focused set of roles and functions. The new Acts came into place as part of the reforms in the financial sector of PNG after years of financial mismanagement. The central bank also took on responsibility of supervising the superannuation funds and life insurance companies in the early 2000s.

Mr. Loi Bakani – K1.30
Mr. Bakani, from the West New Britain province, is the seventh and current Governor. He commenced duties on 09 December 2009. He is also a career central banker, who worked his way up to Deputy Governor, Policy Regulations prior to his appointment. He has a Bachelor of Economics degree from the University of PNG (1994) and an Honours Masters Degree in Economics from the University of Wollongong (1984). Mr. Bakani oversaw new trends in central banking activities in the areas of micro-finance and financial inclusion, as well as new areas of policy responses in light of the global financial crisis of 2008-2009.

ToRobert Haus – K6.00
BPNG has only one office premises in PNG, located in the capital, Port Moresby. The BPNG building is called ToRobert Haus, named after the first Governor of the central bank. The state-of-art building was constructed at a cost of K16 million between 1988 and 1991. It covers eight floors and housed all of BPNG’s various departments. It is located at Douglas street, downtown Port Moresby, next to the old building which BPNG inherited from the Reserve Bank of Australia’s Port Moresby (and PNG) branch office in November 1973. ToRobert Haus was officially opened by the then Prime Minister Sir Rabbie Namiliu, on 1 November 1991.