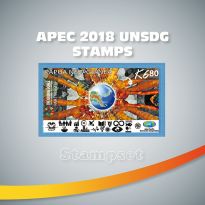 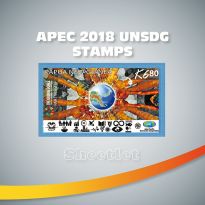 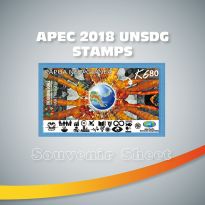 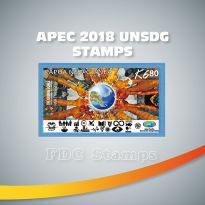 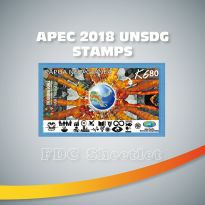 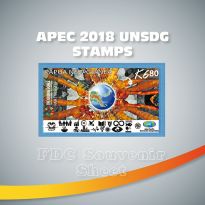 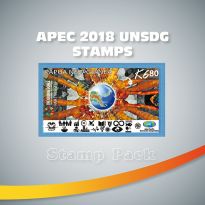 On the 21st of November 2017 Papua New Guinea (PNG) assumes the Chairmanship of the Asia Pacific Economic Cooperation (APEC).  APEC represents the largest Economic Cooperation area in the world with 21 leading economies. This will be the single biggest international event that the country has hosted in its history and will involve the country in hosting and participating in more than 100 important meetings over the next 12 months. The year‘s Chairing will culminate with the Leaders’ Summit in Port Moresby from 12 -18 November 2018.

APEC promotes free trade throughout the Asia - Pacific region. Papua New Guinea in its chairing will support the advancement of key priorities to improve digital connectivity, deepen regional integration, and promote sustainable, inclusive growth and as a cross cutting theme, advance human capital development in the region. In celebration of PNG taking the chairmanship of APEC and to mark this momentous occasion in the country’s history, the United Nations Development Programme (UNDP) has partnered with Post PNG to prepare a series of collector’s stamps.

The stamps are designed to illustrate each of the major factors that contribute to achieving Sustainable, Economic Development: People, Planet, Prosperity, Peace, and Partnership. Each picture tells a story and reflects the unique global contribution of Papua New Guinea as an emerging global leader on sustainable development.

Papua New Guinea is ethnically, linguistically and culturally one of the most diverse countries in the world, with over 1,000 tribes and 800 languages. In addition, the country is experiencing a demographic dividend, with 50% of the population under the age of 24 and a population growth rate of 3.1 percent per annum. The people stamp highlights this diversity and champions many of the progressive initiatives being undertaken. Juxtaposing PNG’s unique embrace between modernity and traditional values.

With 7% of the world’s bio diversity on 1% of the world’s land mass, and 14% of the world’s tuna stocks in its oceans Papua New Guinea has many unique characteristics. The country has some of the world’s last tracts of mature tropical rainforest and coral reefs. The forest and marine ecosystems, combined with a unique array of flora and fauna that have evolved in isolation, make the country one of the world’s most important biodiversity hotspots. With almost 70 per cent forest cover, there is a strong nexus between human development and the environment in which people live.

Papua New Guinea remains one of the most rural countries in the world. Most of population live a traditional subsistence lifestyle, supported by the diversity of forests, inland waters and coastal seas. Most people depend on agriculture, fisheries and forestry for their livelihoods. Local markets are vital. Driven by mining and excavation of natural resources, the GDP per capita has doubled over the past decade. The country’s future growth and prosperity will continue to depend on mining but also an expansion of agriculture, tourism, light industries including small and medium enterprises. Improving health, education, , water and sanitation and gender equality are also vital elements for sustainable growth of the economy and the well-being of people. The PNG Hunters’ rugby league victory in the Queensland Cup grand final was one of the finest days in sporting history for the nation, inspiring a generation to aspire to achieve more.

There can be no lasting sustainable development without peace. Strong institutions, capable of implementing key policies and reforms, and fostering inclusive equitable economic growth with transparency and accountability are key requirements. PNG has been a strong advocate globally for human rights for all. The country is also a contributor to UN Peacekeeping.Culturally, PNG has unique methods for settling disagreements between groups. Women, faith based groups and tribal elders play pivotal roles of establishing and maintaining peace.

Sustainable, long lasting development requires deep partnerships between all stakeholders in society: governments, the private sector, civil society, NGOs, Faith groups and international partners. PNG, like 192 other countries, is a signatory to the Sustainable Development Goals (SDGs). The interconnected relationship between the SDGs necessitates innovation around partnerships. The spirit of the SDGs is informed by the need for meaningful citizen participation, with engagement of all people is vital.

PNG is largely an agrarian, rural country that has significant strategic assets including mineral and natural resources. The APEC is a key opportunity to support trade and investment between Papua New Guinea and APEC members. It is also a unique opportunity to catalyse development through the priority areas of digital connectivity, promote sustainable, inclusive growth and advancing human development in the region. PNG’s focus areas puts it in a strong position to leave a legacy of sustainable development. APEC will bring the country together, to connect with all citizens (young and old, females and males regardless of abilities, across the 22 provinces, to achieve better opportunities for all.

The Post PNG Philatelic Bureau wishes to acknowledge the following, who have immensely contributed, in one way or another, to the success of this stamp issue:

To begin with, it’s a honour to acknowledge the United Nations PNG Office, through the Resident Coordinator Mr. Hemansu-Roy Trivedy, for the initiative and direction, Mr. Stephen Liston, the Monitoring & Evaluation Analyst for paving way to the desired result/s we now  cherish, and most importantly Ambassador Ivan Pomaleu  - Papua New Guinea’s Ambassador to APEC and Mr. Lahui Ako – Director General of the APEC Secretariat who granted us the blessing to do so. It really is a privilege for us to be given the opportunity to work with you all in the various capacities of our engagements.