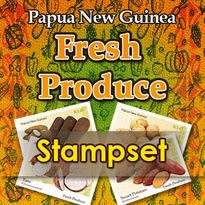 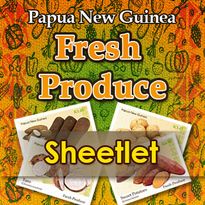 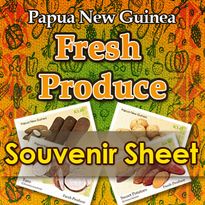 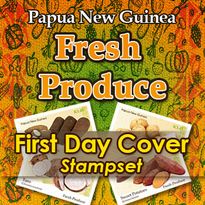 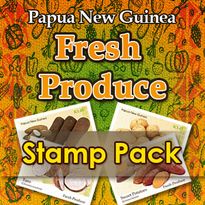 Papua New Guinea a third world developing country and it’s located in the tropical zone which is just below the equator toward the south. Because of its tropical environment there are two seasons wet and dry all year around. In the coastal areas and low grass land the climate is mostly warm and hot while in the highlands and high altitude zone where there is deep tropical forest the climate is cool all year round which also has the high fertilize soil which attribute to high quality organic fresh produce. Most of the country’s fresh produce were not harvested in big scale agriculture plantation where soil has been cultivated by machines using processed chemicals or fertilizers which reduced the natural organic ingredients. Papua New Guinea is still using traditional cultivation methods and technique that were passed down from their generation to generation which portray a very significant value in the Melanesian society.

People in Papua New Guinea started practicing agriculture around 7,000 - 10,000 years ago. The oldest evidence for this is in the Kuk Swamp area in the Highland region, where planting, digging and staking of plants, and possibly drainage have been used to cultivate taro, banana, sago and yam. Between the 17th to 19th centuries, a small number of plant species, including sweet potato, cassava and green vegetables have been brought from the Americas by Europeans and introduced to Indonesia from where they spread to New Guinea. In the second part of the 19th century and especially after 1870 further crops have been introduced directly by Europeans, including beans, carrots, tomatoes, pumpkin, corn, watermelon, papaya or pawpaw, avocado, orange, lemon, coffee, lime and guava.

To complement our agricultural history, Post PNG Philatelic Bureau is pleased to feature some of the common fresh produces in this issue.