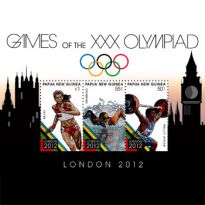 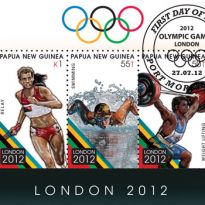 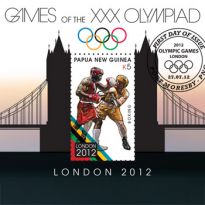 The Olympics, an international, competitive sporting event, first began in Ancient Greece in the year 776 BCE.

Originally designed to include only male athletes, the Olympics was revived in the late 1800’s by Frenchman Pierre de Coubertin.

One of the largest media and sporting events, the Olympic Games feature thousands of athletes and attract billions of viewers and numerous spectators and is marked by opening and closing ceremonies, with the presentation of medals interspersed throughout the games.

The 2012 London Olympic Games will include over three hundred events from some twenty eight sports will featured hundreds of athletics from nations across the globe. Papua New Guinea, like many other smaller nations striving to make their mark at the Olympics, will despite the two guaranteed spots offered in ensuring the universality of the Olympic Games.

Papua New Guinea again have it’s Commonwealth swimming champion; Ryan Pini, Dika Toua (Weightlifting) and Theresa Tona (Taekwondo) who have all qualified on merit to be at the games.

Others that will be there by guaranteed spots (offered by the Olympic) in their respective sports are Toea Wisil and Nelson Stone (Athletics), Judith Meauri (Swimming), Raymond Ovinou (Judo), and Steven Kari (Weightlifting). Participation of our Olympians is a morale booster for all the sporting codes in the country.