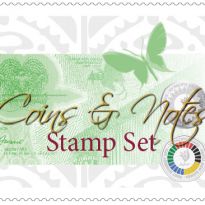 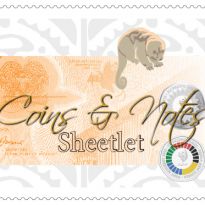 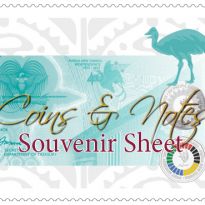 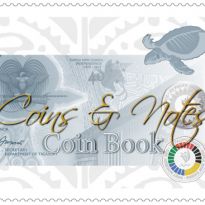 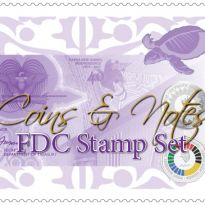 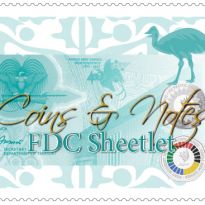 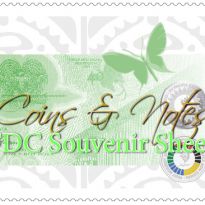 Post PNG, as the mandated postal administration, in partnership with The Bank of Papua New Guinea has released this commemorative stamp issue to celebrate both the 40th Anniversary of Papua New Guinea as a nation, and the hosting of the XV Pacific Games 2015, a record third time as host, previously hosting the 1968 and 1991 games. Featured on the stamps are the commemorative notes and coins (20 Kina note, Ten Kina note and the Fifty Toea coins).

The K20 banknote, apart from resized as part of the banknote reform process undertaken, incorporates a special overprint of the 40th Anniversary of Papua New Guinea Independence and the National Bird of Paradise image above the Parliament House. All other features of the banknote remain the same.

The K10 banknote apart from resized by the Bank to standardize the size of Papua New Guinea banknotes. The K10 banknote incorporates a special overprint of the XV Pacific Games logo in yellow, red, green, black and blue in colour located above the Parliament House.

These coins retain the dimensions and most design elements of the existing 50 toea coin except that one is bearing the Pacific Games colours yellow, red, green, black and blue and the other 50 toea is without colour. All other features of the coin remain the same.